Welcome to the Strathaven Town Mill

To give the Town Mill back to the community of Strathaven and the surrounding area by offering rooms and halls for hire for events and exhibitions as well as promoting a wide range of events organized by our members.

Bringing Back the Good Times to the Town Mill

The Town Mill was built in the 17th century in the shadow of Strathaven Castle, another well known historic landmark. Known throughout the county for years as a focal point for community gatherings and particularly musical clubs and groups, It has had many uses throughout its life, even housing the local tourist information office for a short time.

The Arts and Heritage Centre was set up to bring back the good times to the Town Mill and reinstate it to its pomp as the local venue for the arts and local culture. Over the years we have made huge steps toward our goals, and continue to be committed to the the cause.

The rooms and halls of the Town Mill all have their own unique qualities and offer great venues for almost any event or occassion. The Theatre is regularly for live music gigs. The Busy Bee’s play group also meets several times a week and is a very popular destination for kids from Strathaven and the surrounding area. Other regular users include community groups like the Rankin File and the Young farmers.

As well as having the impressive setting of the main theatre at their disposal, many local bands chose to hire our Granary on an hourly basis as an alternative venue for rehearsal.

An Integral Part in the Working Life of Strathaven

The Mill was built in 1650 by William, the Second Duke of Hamilton, who was then resident in Strathaven Castle which sits adjacent to the Mill. The Town Mill played an integral part in the working life of Strathaven for three and a quarter centuries. After 1714, Strathaven Castle ceased to be occupied and it soon fell into disrepair. The Mill remained operation until, in 1820; the original building was destroyed by fire. It was rebuilt with a slate roof. The Mill was given an added storey in 1877 to make room for a larger water wheel.

In 1902 an iron gangway was built to connect the main building to the grain store (Appendix 3) The Water-wheel drive was replaced by a hydro-electric installation in 1935.

The wheel was opened by the famous Stravonian Sir Harry Lauder to much acclaim and this new power source extended the use of the Town Mill into brewing, printing and metal works. It has sadly fallen in to disrepair and it is no longer in use but STMAHC is striving to revive the use of the water power turbines as part of the refurbishment plans.

After production ceased in 1966, The Mill sadly fell quickly into disrepair. In 1972 a section of the roof fell in when the building was consumed by fire and the Mill became a dilapidated ruined building. In 1974, Strathaven Arts Guild conceived and commenced its ambitious programme of converting the dilapidated Mill into an Arts Centre. By 1974, Strathaven Arts Guild had a membership of approximately 450. Among its many activities it: 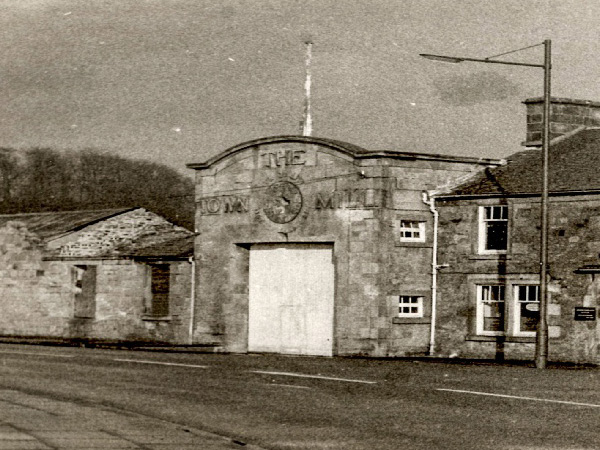 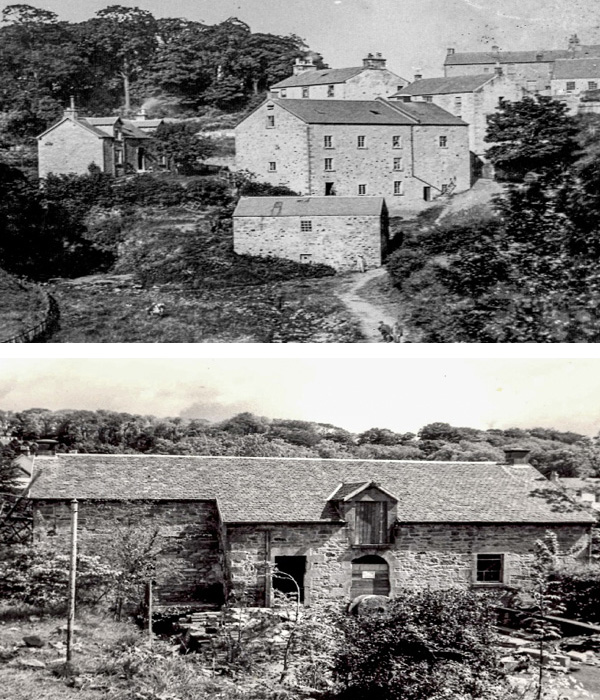 At a press conference in April 1974, the Chairman of Strathaven Arts Guild, Sheriff Nigel Thomson, announced that the old Town Mill was to be converted into an arts centre. At that time The Mill had lain empty for eight years and had been derelict for two. The projected cost of the operation was £63,000. It was expected to take two years. In February 1976, Community Industry became involved. A team of twenty young workers on an officially sponsored scheme worked side by side with volunteers. Later that year, Community Industry was joined by a Government Jobs Creation Scheme. Work briskly forged ahead to have our arts centre with theatre and community room. Strathaven Town Mill Arts and Heritage Centre was formed 2009 to continue the aims of the Strathaven Arts Guild; to have our own Heritage and Arts centre to promote the arts and crafts and to provide a community centre.

Don’t be shy. We'd love to hear from you. Let us know if you have any questions and we'll reply as soon as possible!